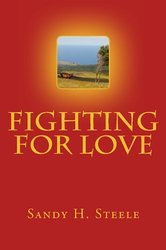 Cody Livingston has been in love with Lisa Ridge since the moment she stepped into his life. Now three years later, Lisa's past threatens to keep the happy couple apart when she is kidnapped while on a business trip.

Lisa's past has always been in the back of her mind during the three years since she was placed in the witness protection program and sent to live in Utah. A native of New York she finds herself in a strange place, but soon finds the love of her life in Cody.

When Lisa returns to New York to defend against the latest appeal filed by the man convicted of killing her younger brother, she is taken captive. She is told the man in jail for her brother's murder is innocent. With her help the two go on a journey when Lisa agrees to search for the murderer, even if that means it clears the name of the man she has believed for so long to be responsible.